We got a shiny new Google Chromecast yesterday. Physically, this is a beautifully designed device, save for one thing: its power source. The device is designed to hang off one of your TV’s HDMI ports, but you’ll soon discover that you need to provide power via a separate cable. The Chromecast box provides a wall wart and cable that plugs into the bottom of the Chromecast.

My heart sank. I only have one power outlet near the TV, and both plugs were already in use for the TV and cable box. I set about finding some sort of adapter that would give me more plugs. 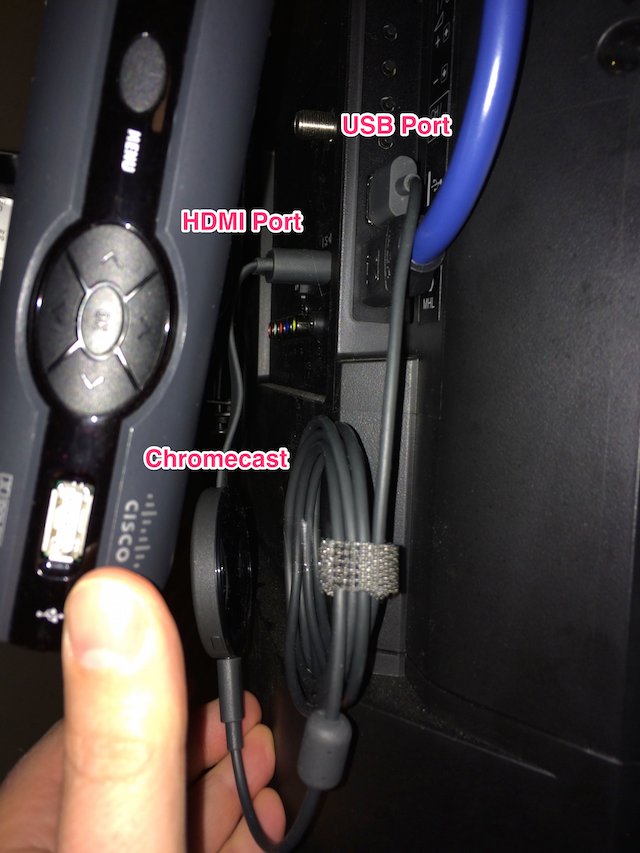 I just have to sort out one problem: turning on the TV powers the USB port which powers the Chromecast, and the Chromecast forces the TV to switch to Chromecast’s HDMI port when it turns on – kind of irritating.