In memory of Gerry Tubin 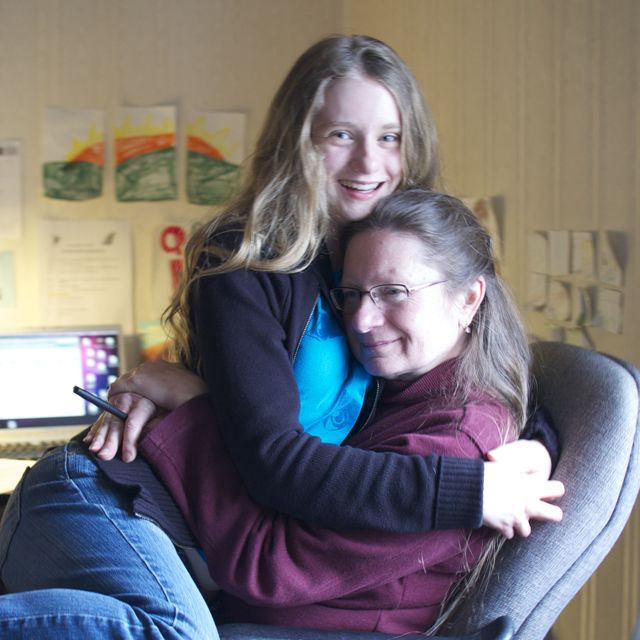 Gerry Tubin, wife of Mark Alldritt and mother of Anya Tubin Alldritt, passed away peacefully at the Hospice facility in Victoria on April 22, 2014.

Born Czesloiwa Tubin in Lithuania in 1955, Gerry was the second of four sisters: Eda, Gerry, Helen, and Mary. The family moved from Lithuania to Poland and then to Canada in the early 1960s during a period of political and economic turbulence in the area. (“Gerry” is an alias adopted for the purpose of Canadian immigration.) The Tubins settled in Ottawa with the help of other members of the family who were already established there. Her father, now deceased, worked multiple labouring jobs and eventually acquired an apartment building in Ottawa which her mother, Genya, still manages.

Gerry grew up in Ottawa and moved to Vancouver as a young adult. She worked in the brokerage industry initially and later studied journalism at Langara College. She met her husband, Mark Alldritt, a software engineer, in Vancouver when she was working as a writer in a public relations firm there. Together they established Late Night Software, a home-based software design firm. Gerry, who spoke three languages—English, Polish, and Russian—was the firm’s business and internet marketing manager. A daughter, Anya, was born in Vancouver in 1996, and in 2002 the family moved to Victoria and continued to operate the business from their home in Fairfield.

Gerry was an avid reader and she and Anya shared a common interest in fantasy fiction and creative projects. Gerry strongly supported Anya’s artistic and musical interests, and they worked closely together designing and building elaborate costumes drawn from animated films and video games.

In addition to her husband and daughter, Gerry is survived by her mother, her three sisters, her nieces Jesse and Jamie, her nephew Adrien, and her mother and father-in-law, Judith and Mowry. A gathering to honour Gerry will be announced later this spring or early summer.

The family is grateful for the assistance of the Victoria Hospice Society and the Canadian Red Cross Equipment Loan Program. Donations to these organizations would be welcome.